Onion Honey makes folk music like an old-fashioned string band: banjo and mandolin, washboard and double bass, fiddle and warm five-part harmonies. Dave Pike, Esther Wheaton, Leanne Swantko, Kayleigh LeBlanc, and Alison Corbett play traditional tunes made new and original songs that sound old; like their name, Onion Honey’s music is sweet and sharp and savory, a remedy for many ills and recipe for a good time. Influenced by bands like Foghorn Stringband, Della Mae, and Old Crow Medicine Show, and inspired by country folk artists like Townes van Zandt and Gillian Welch, the Kitchener-based outfit brings a uniquely-Southwestern-Ontario flavour to their music.

Onion Honey has been heard on radio stations across Canada and featured in Jan Hall’s Sunparlour Sessions; their last two albums, Raisin’ Heck and Earthly Trials, charted on national campus radio in 2017 and 2019. They gig regularly around Southwestern Ontario and have performed at a number of festivals including Banjofest in Guelph, Cambridge’s Mill Race Folk Festival, Winterfolk in Toronto, Hamilton's Festival of Friends, and more. 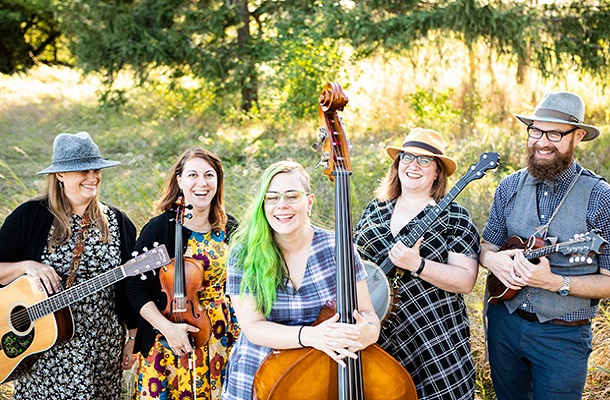